The wait is over, the jury has spoken, and the winner of the 2015 BLOOOM Award by Warsteiner is…(drum roll)… Liat Livni! 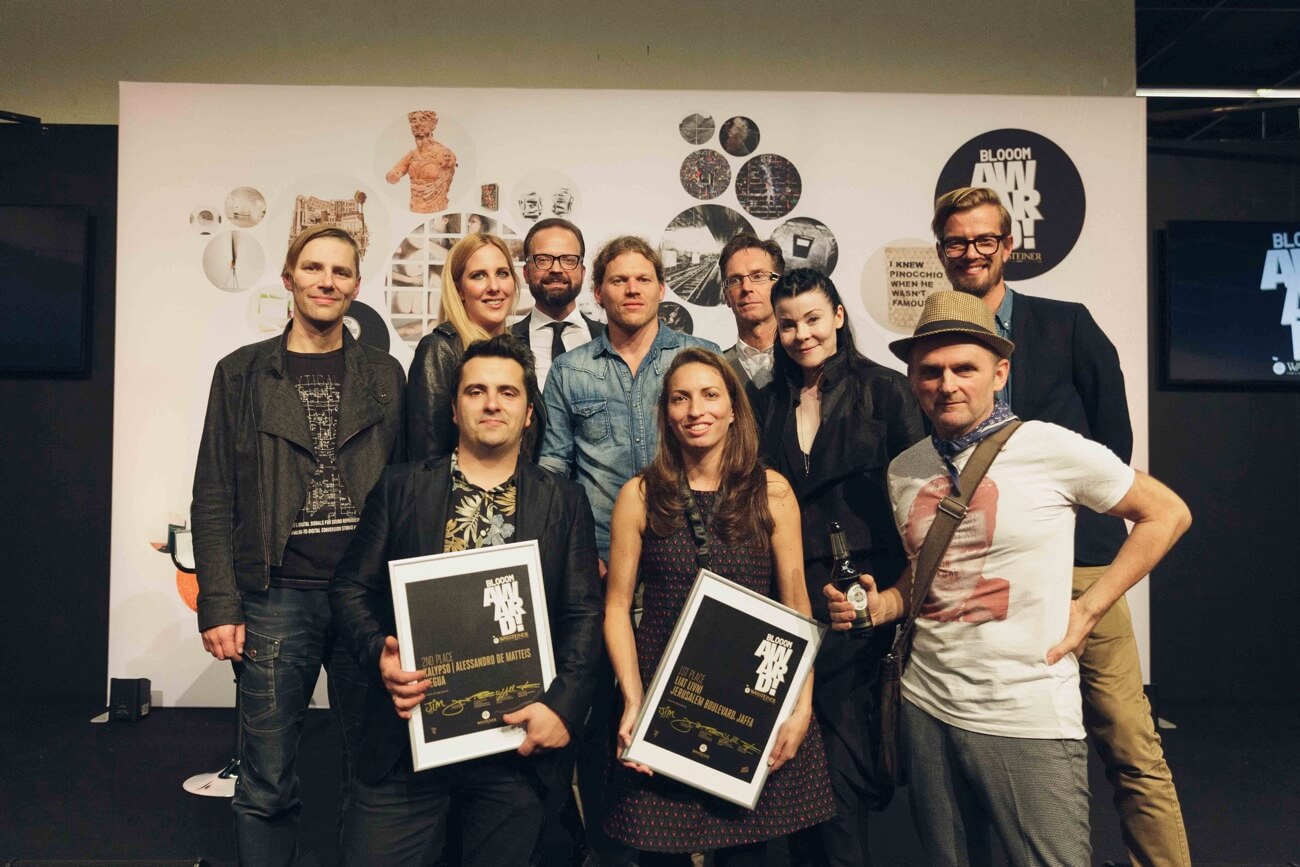 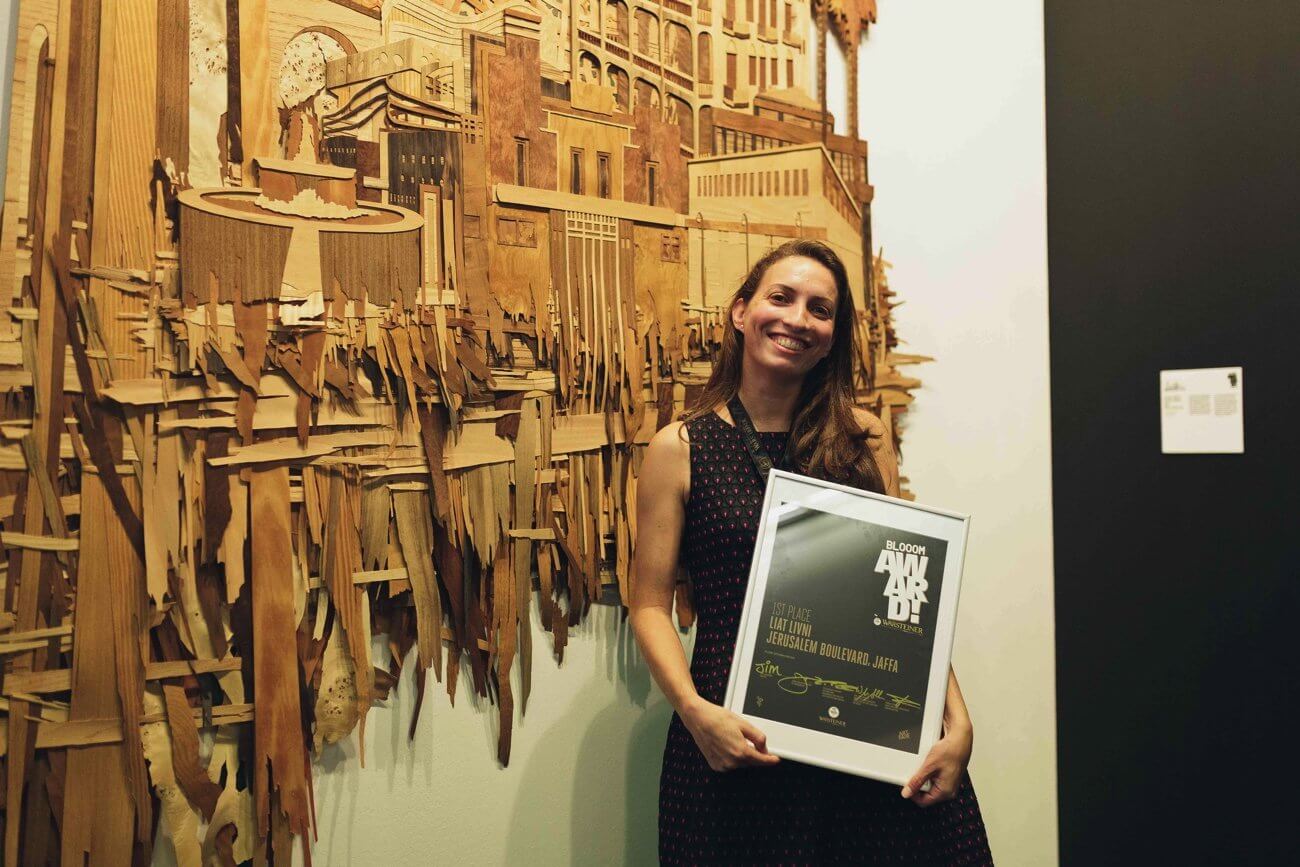 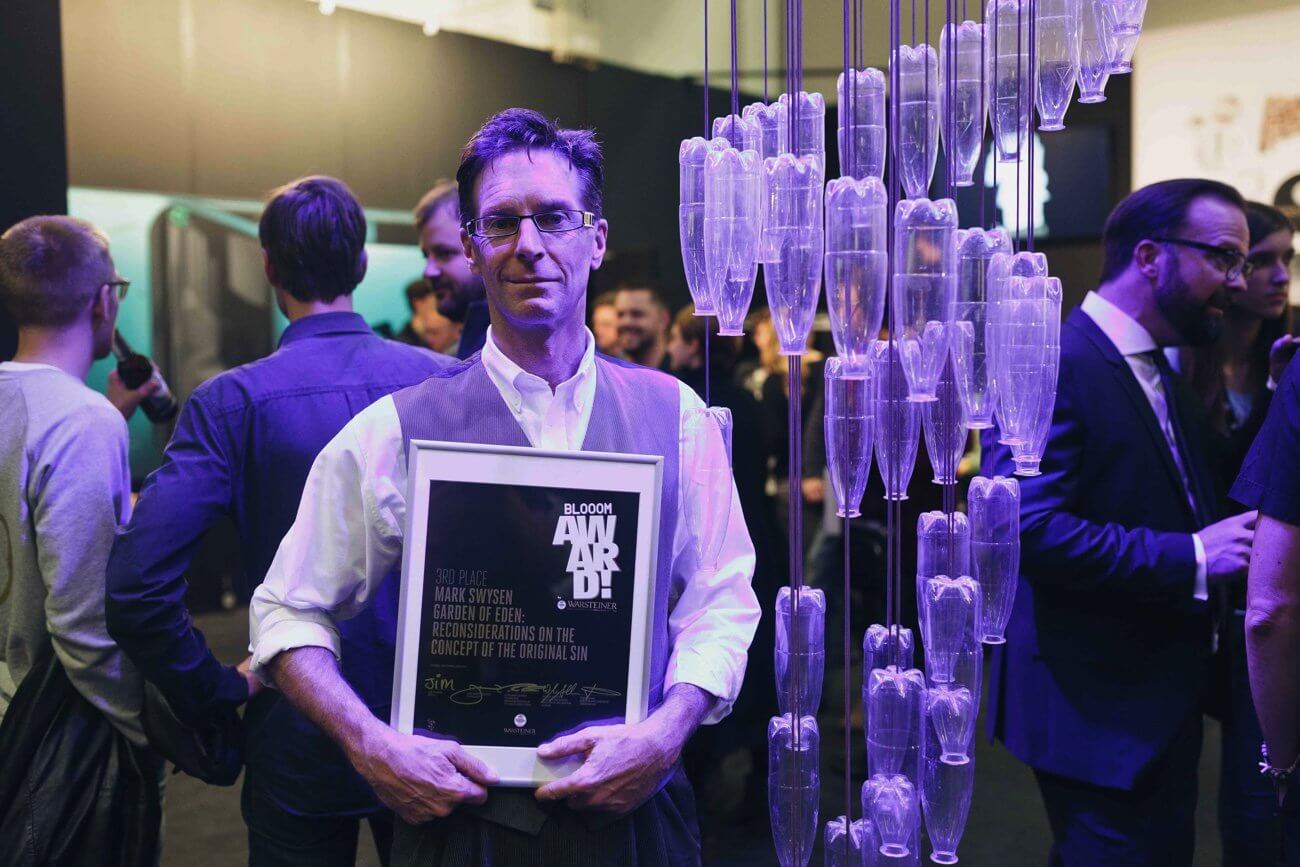 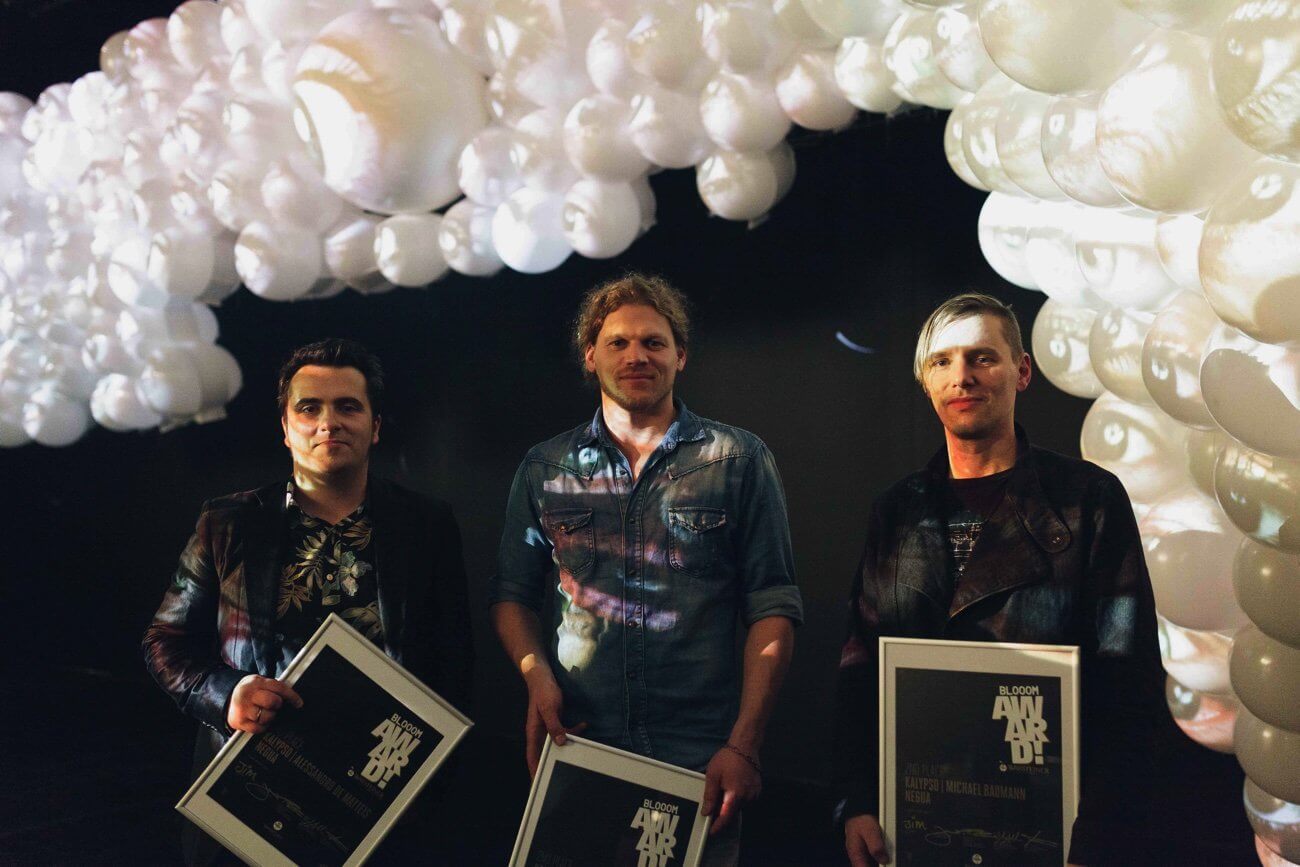 The young Israeli artist prevailed against more than 1,500 artists from 75 different countries. From Thailand to Kenya to the United States, the international jury consisting of Catharina Cramer (CEO of the Warsteiner Group), Yasha Young (director and curator of URBAN NATION), Jim Avignon (artist), Joko Winterscheidt (presenter and Grimme Award winner) and Walter Gehlen (director and artistic director of Art.Fair and Blooom) received a wide range of exceptional entries vying for the 2015 BLOOOM Award by Warsteiner.

What set Livni’s entry apart is best described in the rave review by one of the jury members, Jim Avignon: “I am just blown away how this artist was able to apply a rather unusual technique of layering wood veneer in such an exquisite way that it melds form and content into a breath-taking composition that simultaneously projects tradition and progress.”

Titled “Jerusalem Boulevard, Jaffa,” this dazzling structure deals with the effects of time on Jerusalem Boulevard in Tel Aviv-Jaffa, creating an architecturally unified streetscape by intertwining buildings of the past, present and future on 30 veneered panels. The result is a seemingly floating road without any solid base or temporal affiliation.

For Livni, who already participated in several artist-in-residence programs that provide international funding for emerging artists in Germany, Japan, Korea, Taiwan and the United States, the award ceremony was the kick-off to a year full of opportunities. Her first chance will be at Art Basel Miami Beach, followed by a year of mentoring with Walter Gehlen, to actively promote her artistic career and connect with influential movers and shakers in the international art scene.

Taking second place, the Cologne artist collective KALYPSO with its members Philipp Dreber, Alessandro De Matteis, Michael Baumann impressed the jury with their work “Negua” – an interactive installation of large white balls anchored in a honeycombed structure, on which previously taken photographs of visitors’ eyes are projected via computer. This literally eye-popping work was awarded with a solo exhibition in a German gallery and a trip to Paris Art.

The third place prize, a one-day mentoring session with Walter Gehlen, went to the Belgian artist Mark Swysen for his work “garden of eden: reconsiderations on the concept of the original sin.” By using multiple plastic umbrellas and over one hundred PET bottles, Swysen designed a nearly five-meter high installation invoking the human DNA helix.

To find out more about this year’s winning entries and the 2015 BLOOOM Award by Warsteiner award ceremony which was moderated by Anja Backhaus, go tohttp://www.blooomawardbywarsteiner.com/471,1,2.